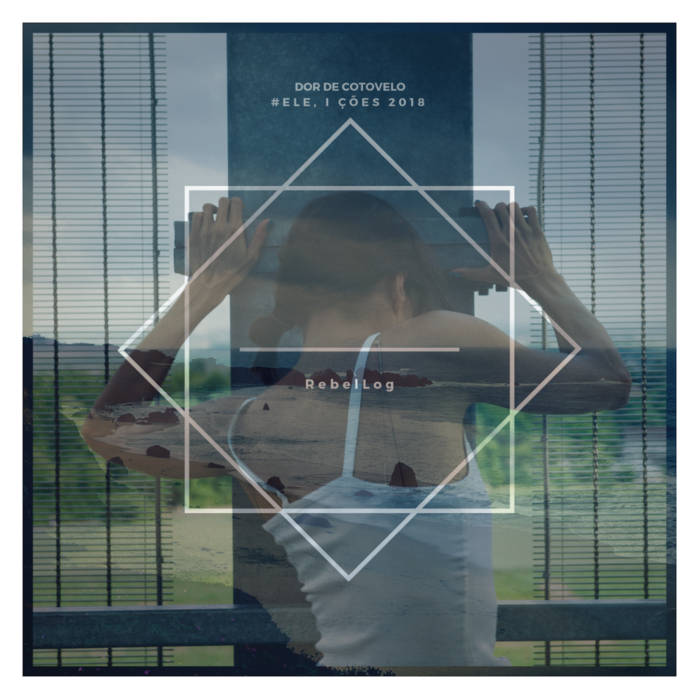 The album Dor de Cotovelo / #Ele, i ções 2018 (Elbow pain, which is a reference to “lovesickness”, and Brazilian elections 2018) reflects RebelLog's versatility as an artist with influences and references across the Atlantic, in what she calls: #TheatricalElectronicMusic. This album particularly blends the notion of lovesickness from the romantic private perspective, but also from the socio-political point of view in reference to the Brazilian elections in 2018. Combining a variety of sources (from Funk to Bolero, from Marchinha to Techno, from Waltz to Disco) with poetry that does not want to be mere entertainment and “off center” melodies that wish to defy harmony.

Dor de Cotovelo / #Elections 2018 is an album for the body. To dance by two "alone", and to stand upright after the chaos.

Tracks:
01 - E se Tudo Acabar (And if it's all over) - play with an apocalypse, rockabilly “baião”.Expecting the definitive end of things or the end of a cycle.

03 - Sentidos No Corpo (Senses in the body) - the second "waltz" and the opposite of the one before - a body that wants to feel more and a homage to São Paulo city.

04 - Nothing Can Stir Me Right #Ele - short interlude. It fuses feelings of lovesickness and current politics in the sonic atmosphere of 86s.

Electronic/Ambient/Experimental - #TheatricalElectronicMusic - RebelLog (Gilda Rebello) is a multi artist - composer, singer, producer, and choreographer - originally from Rio de Janeiro and living in Germany.
Gilda Rebello was a member of the project #AlienCafe (RoyalFlameMusic) and #TapeFive (ChinChinRecords) among many others. As a dancer she was a guest of the legendary #PinaBausch Dance Co. ... more

Bandcamp Daily  your guide to the world of Bandcamp

Featuring interviews with the mighty Hiatus Kaiyote and genre-busting L'Rain.